On October 2, 1939, exactly 74 years ago today, one of the great combos in the history of jazz went into the studio to record for the first time: The Benny Goodman Sextet. In the wake of exits by Teddy Wilson and Gene Krupa, and at the behest of John Hammond, Benny hired a new star for his rhythm section: guitarist Charlie Christian, whose contributions to the group would revolutionize the history of jazz guitar, beginning with the very first recording, "Flying Home."

Nick Fatool would replace Krupa on most of these cuts. Fletcher Henderson initially took over for Wilson, though he would be replaced rather quickly by Johnny Guarnieri. It's fascinating to note that, less than a year later, both Fatool and Guarnieri would be founding members of Artie Shaw's Gramercy 5--another combo of importance to jazz history.

The Sextet was to become Goodman's chosen small combo vehicle, albeit with varying personnel, for the next two decades. Often the group would expand to a septet, under which circumstances it would be promoted as "Benny Goodman and his Sextet" rather than "The Benny Goodman Sextet." Goodman must have realized that "Sextet Sells" however, as he would even use the term when the group was expanded to eight members!

In the liner notes to the 1989 CD release of these tracks, Leonard Feather comments on how non-dated the material still sounded in the late '80s, and marveled at how much musical material was presented in such short tracks. "Who today can say in ten minutes what these men could in three?" he marveled. This is indeed a unique group, and for me the greatest of all lineups of the Goodman Sextet. There is a relaxed, expansive, and balanced quality to the group that has rarely been matched. With two other brilliant soloists in Hampton and Christian, there is a triangulation regarding the leadership and timbre. Benny regularly sits back in the head arrangements as "one of the guys", leading sometimes from an easy chair (or so it seems). More than any other Goodman group this really sounds like six guys lounging around and sounding brilliant just for each other.

These recordings also serve as an important lesson regarding Benny's style. For those who think Goodman used an essentially "straight" classical tone, without much pitch bend or jazz inflexion (as I have seen erroneously asserted, both on the internet and elsewhere), these recordings are among the best refutations. Players can listen to "Stardust", (from the first session), "Memories of You", and "These Foolish Things" for a clinic on portamento, tone shading, and jazz inflexion. Just because the pitch bend or gliding between notes isn't obtuse, vulgar, or obvious doesn't mean it's not happening. For me, Goodman set the standard for tasteful, subtle shading. His use of these approaches is so nuanced and complex that it is often missed altogether by ears unaccustomed to listening carefully.

Goodman's playing on these recordings is a study in relaxed perfection. His solos and statements of the melodies tend to be more laid back than the earlier Quartet and Trio recordings. Despite the virtuosi in the group, this Sextet wasn't a virtuoso vehicle, but an exercise in ensemble.

Two cuts ("On the Alamo" and "Gone With What Draft") feature a rare appearance by Count Basie. Other notables among the rotating members are Cootie Williams and Georgie Auld. And despite the triangulation of voices, it is Goodman's (even when whispering) that holds all together conceptually, shaping the direction and mood of each number--not by force, but by depth and musical sympathy. 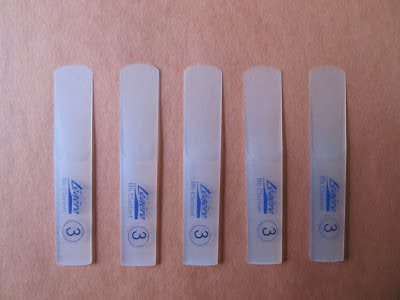