Our historical jazz clarinet concert series comes to a finale a week from tonight, bringing Trad Jazz all the way up to the present with an evening focusing on original compositions of mine. Hope to see some of you out there for the close of a great season! 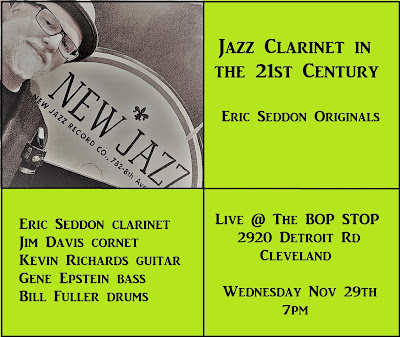 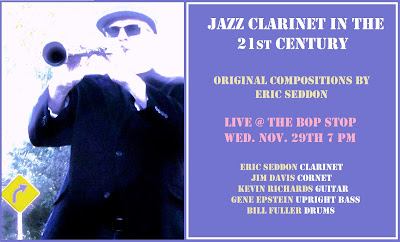 Posted by Eric Seddon at 2:25 PM No comments:

Acker Bilk and Hubert Rostaing at The Bop Stop

I've had a surge of gratitude since playing our concert last night at the Bop Stop. Those who were there know we started with a set of gypsy jazz, dedicated to Hubert Rostaing and Django Reinhardt. The second set was dedicated to Acker Bilk's compositions.
At the beginning of the second, I asked the audience how many folks had ever heard of Acker (he's not well known on this side of the pond). I was surprised that nearly every table had someone enthusiastically raising a hand.
At the very end of the gig, after we'd played "Coffee & Ackercake" I asked them how many had ever heard that song performed live. No one raised a hand...it was the first time any of them had gotten the chance to really hear it.
Both my wife (who was in the audience) and the manager of the Bop Stop, Gabe Pollack, told me stories of couples at tables reacting emotionally to what we were doing--excited to actually hear a band playing this music for once.
Acker's music has had a profound impact on my playing and song writing. It's deceptively simple, sunny music. What you find if you play it enough, though, is a unique type of joyful depth, demanding a soulful musical language of its own. To think that we brought that to people eager to hear it last night, in a creative way...to share musical goodness like that...that's what this historical jazz clarinet concert series is all about.
I love the Benny Goodman tributes, and all of those things...they are important and people love that music...but when we can perform tunes that would otherwise be entirely lost or unperformed...when we can essentially start a musical tradition before it can't be started...as an artist, let me tell you, that is truly a great privilege.
Thank you to everyone who came out last night. We play one more in this epic series--two weeks from now we'll focus on my originals (about 15-17 tunes worth of my stuff), and some other that we didn't get to this fall (I want to play "Si Tu Vois Ma Mere" by Bechet and some others yet..) So don't miss us on the 29th at 7pm--the final installment of the 2017 Historical Jazz Clarinet Series at the BOP STOP. 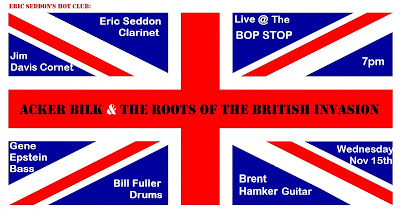 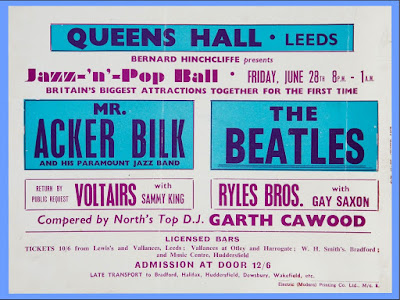 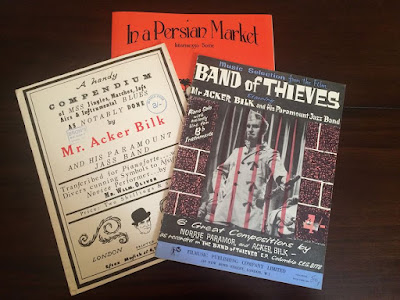 Posted by Eric Seddon at 9:20 AM No comments:

Posted by Eric Seddon at 7:29 PM No comments:

'Go Down, Moses' live at the BOP STOP


I'm very grateful Bill Laufer captured this performance on film at our most recent concert at the Bop Stop in Cleveland. One of my persistent goals with this band has been to present new, fresh versions of the traditional spirituals which form the backbone of jazz history. At the Bop Stop, I spoke a bit about my theories of jazz clarinet--that the klezmer influences of the great Jewish American players like Artie Shaw and Benny Goodman melded with the African American and Creole New Orleans styles, creating a uniquely lyrical, virtuosic, and soulful legacy. A Spiritual like "Go Down Moses", poetically touching both major streams of American Jazz clarinet heritage, seemed the perfect meeting place stylistically.
I think this moment was a special one in our concert series so far. Very glad it was recorded--thanks Bill!
yours truly, clarinet
Jim Davis, cornet
Kevin Richards, guitar
Gene Epstein, bass
Bill Fuller, drums
video by Bill Laufer 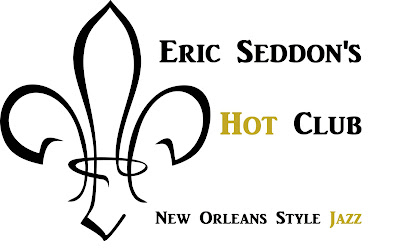 Posted by Eric Seddon at 8:14 AM No comments: