We're happy to announce the release of our new CD--Eric Seddon's Hot Club: Bootlegs from the Bop Stop! The album features four traditionals spiritual and six originals by me, including my tribute to the late Acker Bilk, 'Goodbye, Bowler Hat.'

This disc documents the band's 2017 Historical Jazz Clarinet Concert Series at one of Cleveland's most important jazz clubs. The Bop Stop is renowned for its stellar sound and discerning jazz audiences. We were grateful to play a six concert 'Trad Jazz Invasion' last Fall, and some of the bootlegs that came out of it (from the acoustic perspective of the audience rather than multi-tracked and mixed) were so energetic and typical of our live shows we wanted to release them as an album. On a personal note, I wanted my first album to represent reality--each tune a single take, capturing real sound, including any rawness or roughness to the playing. This isn't airbrushed, but the real thing--natural music. I hope you like it as much as we enjoyed making it.

You can order your copy of the album from my website--click here and scroll down to the album, where you'll find the information. Note: we only ship within the USA. 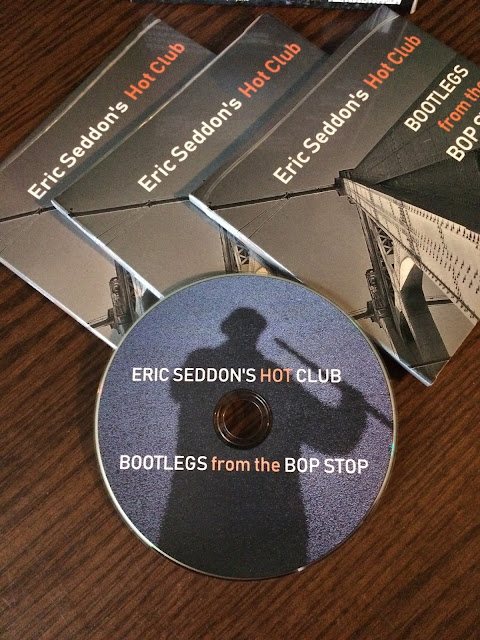 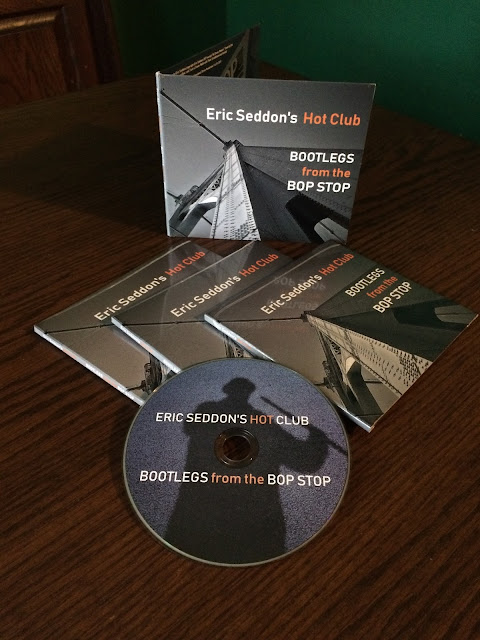 Posted by Eric Seddon at 7:06 PM No comments:

Feedspot Ranks The Jazz Clarinet in the Top 50 Jazz Blogs and the Top 20 Clarinet Blogs on the Planet!

From what I can tell, Feedspot's rankings have to do with several criteria, not the least of which is traffic and readership. So thank you to everyone who reads The Jazz Clarinet--without you, this blog would have been abandoned long ago. Instead, because of the thousands of hits this blog gets each month, I've been blessed to come into contact with many people around the globe. Amateur enthusiasts have contacted me with questions, other professionals have thanked me for bringing attention to a sometimes neglected history, and I've heard at least a couple of rather high profile recording artists reference ideas first published here. All of this is inspiring, and keeps me returning to the blog even when my performance schedule is very busy .

My goal, early on, was to raise the profile of this important instrument in jazz. In many ways the initial impetus for this blog was negative--given by a college professor who, when I was a student, suggested the clarinet wasn't really a jazz instrument. Reacting to this, and then mulling it over again after completing a Masters degree in Music History, it occurred to me that our reading of jazz history was probably too restrictive: most jazz critics and historians seemed to unconsciously presuppose one style immediately superseded the previous contributions to the art form--not only in approach but in value. Other, older branches of music history didn't seem to have this problem--at least not to such a pronounced degree. German musicologists, for instance, didn't generally suggest Mozart or Bach were obsolete or too primitive simply because Beethoven or Wagner had composed after them. More often, they celebrated a range of accomplishments even while acknowledging the development of forms, systems, and musical knowledge. My hope was to introduce this sort of perspective more steadily into discussions of jazz history, to recover some overlooked or neglected treasures.

I'm happy to say that a lot of the discussion really has changed, in a pronounced way, over the last several years. I don't have any delusions that this blog was the primary cause of the change--more likely, I happened to start writing at a point in our musical history when people were more open to the ideas presented here, and when so many clarinetists are doing good work. Having said that, as I hinted above, I've actually noticed certain ideas first promoted on this blog finding their way closer to the mainstream of jazz discussion. For instance, when others emphasize the importance and foundational quality of Sidney Bechet's 'Blue Horizon', I can be pretty sure they've either read posts from the early days of this blog, or my ideas have simply become mainstream. That particular post was written after the realization that trumpet players often point to 'West End Blues' or 'Weatherbird' as a touchstone for early jazz. It's a good and helpful idea for trumpet players to do so, but clarinetists had no such similar reference point, so I decided to provide at least one. I've hopefully provided many others along the way for players who read here, but of particular importance, I think, is that this particular Bechet solo resonated with the clarinet playing community. One of the real testings of a musicological theory is simply how many people feel the same way. Pronouncements by players don't really mean much by themselves, beyond statements of influence and taste, but communal recognition and resonance with the same idea matters immensely. It means, in a sense, that we've discovered something together.

There are other ideas of mine I've heard referenced--even some rather vehement opinions I've tempered, revised, or abandoned over the years! And while any writer hopes their more embarrassing opinions just die out over time, in general, I'm deeply heartened by these developments. The whole idea of this blog has been to contribute to a resurgence of musical culture; to change our culture for the better, humbly but surely, by promoting this profound instrument and the music itself, which I think is of lasting importance and value to people everywhere. I think in our own way, all of us together--readers, writers, and musicians alike--are accomplishing that. Thanks for reading--I hope to continue for years to come! Keep swinging!

Doreen 'The Clarinet Queen' Ketchens is one of the true standard bearers for NOLA clarinet in my generation. She's taken the tradition from the masters before her and added her distinct voice and soul. I know folks who were worried the tradition would cease to be living after the last generation or so, but the vitality Doreen brings is undeniable, and the new angles she illuminates on the repertoire are uniquely fresh, undeniably pointing to continued fertile ground.

Doreen and I are both alums of the Hartt School, and even shared a clarinet professor, though we never met (she left just shortly before I arrived), and both of us struck out on unique paths. I've long been inspired by her trailblazing and insistence on this profound music, though.

Posted by Eric Seddon at 4:06 PM No comments: